Last update was two days ago. After some time everything went very well, right now suddenly numbers are rising. I could be the effect of loosening the rules somowhat since a couple of weeks. Nut much harm in that, but it could also be the dreaded second peak (second wave).

What you see is, although low, numbers indeed are on the rise. The blue line in the second chart is similar to the reproduction number (R) of the epidemic. Clearly visible that it is much above this zero line (above zero is increasing numbers, below the zero line numbers will decrease.)

It can go very fast. Some other counties went from low numbers to a frightening second peak within as little as 10 days. 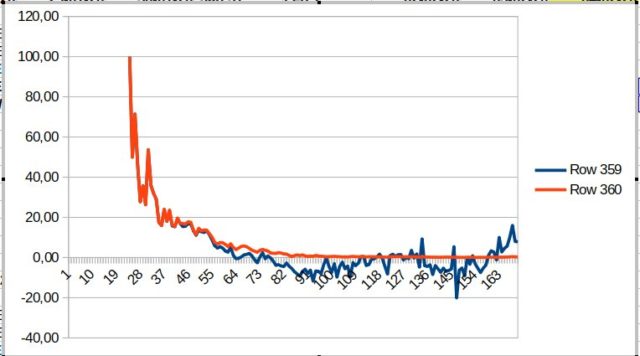